Science Communication
EUPRIO Awards
EUPRIO conference
University life
The art of science communication brought top EUPRIO Awards honours to Poland as nearly 250 Euprians and speakers met in that country’s city of Poznan for the 2019 conference of the association. 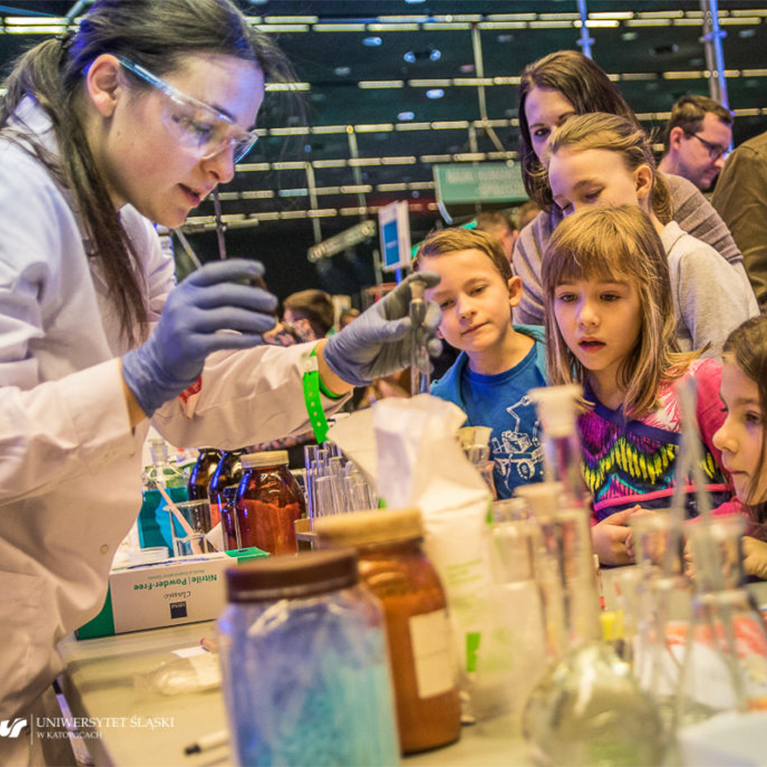 And how timely as science communication and engagement is to be a central theme of EUPRIO activities for the next year, including our 2020 annual conference in Italy from 30 August to 2 September 2020, writes Nic Mitchell. 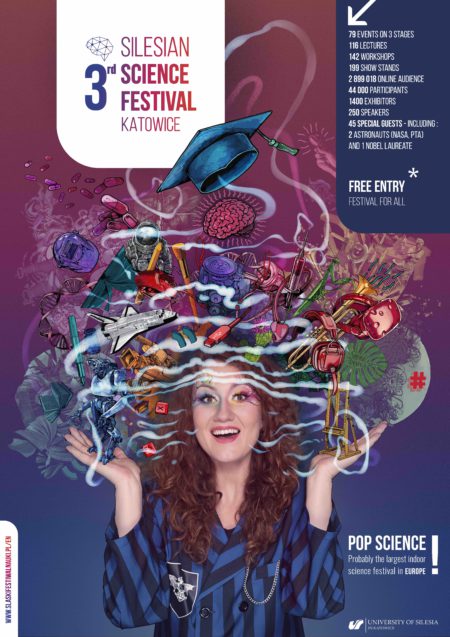 The overall winner of EUPRIO’s 21st competitive awards for the best communication project in Europe this year was the University of Silesia in Katowice, Poland, for its POP SCIENCE entry based on the Silesian Science Festival KATOWICE, which is one of the biggest indoor science festivals in Europe.

This is the third time the University has organised an annual science festival and it has now become an eagerly awaited date in the diary, with free events to interest everyone, regardless of age or education, in the city streets, parks, museums and galleries. The programme features shows, experiments, exhibitions, presentations, workshops and lectures in different fields of knowledge across the humanities and social studies, technical sciences, natural sciences, exact sciences, medicine and health, as well as art.

Martin Herrema, Chair of the EUPRIO Awards Jury, said: “The Jury and audience vote for this project was recognition of its great success in promoting science by engaging the public in a very broad-based way. We were particularly impressed by the large amount of sponsorship income secured by the project organisers at a time of great pressure on university budgets all over Europe.”

Giga said: “We attracted 44,000 participants and an online audience of 2 million, showing that science isn’t boring and can even be cool. I’m very happy to have had opportunity to present my University’s best experience to colleagues from across Europe and doubly happy for getting such an accolade from EUPRIO members. We are very proud of our contribution to popularising science in such scale. Seeing that other Universities appreciate it keeps us motivated.”

EUPRIO President Jan Dries congratulated all the winners and said: “I was pleased to see how strong all three winning entries were in this year’s Awards; but particularly delighted that first place went to a project on science communication and engagement. This will be the key theme at our 2020 conference in Trieste (from 30 August-2 September, 2020), so it is appropriate that the University of Silesia in Katowice will be invited to attend that conference to share their best practice in this very important area of university activity.”

The runner-up EUPRIO Awards prize went to Pompeu Fabra University in Barcelona, Spain, for a project that saw the rebirth of their institutional magazine, 360upf, as a digital publication that aims to keep a finger on the pulse of the University’s activities in an innovative way.

In breaking with the traditional paper format, the goals of 360.upf.edu include positioning the University as a constantly evolving institution, which knows how to adapt to new times and to new information consumption habits, explained Gerard Vall-llovera.

“The new publication’s information structure moves away from traditional web browsing and avoids hierarchically organized content. All content is just a click away, and it is left to the readers to discover the different sections, just as they would if they were leafing through the pages of a paper publication.” He said winning one of the EUPRIO Awards was a great indication that they were on the right tracks and would help to keep the team motivated.

Jury Chair Martin Herrema said: “This was another project that impressed the judges on a number of levels, not least that it improved the university’s environmental footprint in a very cost-effective way.”

The third EUPRIO Awards went to the University of the Arts Helsinki, Finland for its project entitled ‘Making the Conferment Ceremony a hot media phenomenon’.

Communication planner Mirva Niemi, explained conferment ceremonies in Finland are very traditional and the public and media usually see them as dusty and stiff academic events. “To change that impression, we created a multi-channel campaign that aimed to raise general awareness of Uniarts Helsinki and of Master’s and Doctoral degrees in Art, and also highlight the role that Art plays in Finnish society.

“The project was designed, developed and carried out exclusively by our in-house team, showcasing the creativity, quality and commitment of our team. We wanted to make our campaign ambassadors look bold and fresh – just the opposite to what a conferment ceremony usually looks like.

“We’re honoured to receive an EUPRIO Award. It was a great experience for us to showcase our project and hear feedback from other European university communications experts.“

Martin Herrema said: “The result of this project was an innovative way to turn a dusty and stiff academic event into a hot media phenomenon. “After another excellent Awards, we’re already looking forward to seeing the entries to the 2020 EUPRIO Awards!”

Communicating in a covid crisis